↓ Skip to Main Content
Home › Sarlat and the Dordogne

Sarlat and the Dordogne 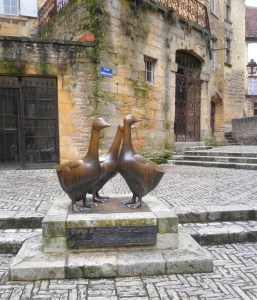 The medieval village of Sarlat sits at the center of the Black Perigord region of the beautiful Dordogne valley. A perfect location to base yourself as you explore the medieval architecture, prehistoric caves, breath-taking chateaux and all the cultural activities that Sarlat and the Dordogne have to offer. Sarlat offers over 100 restaurants, a market every Wednesday and Saturday that draws people from miles around, and cultural events throughout the year. Take a look at the many events you can expect to find: 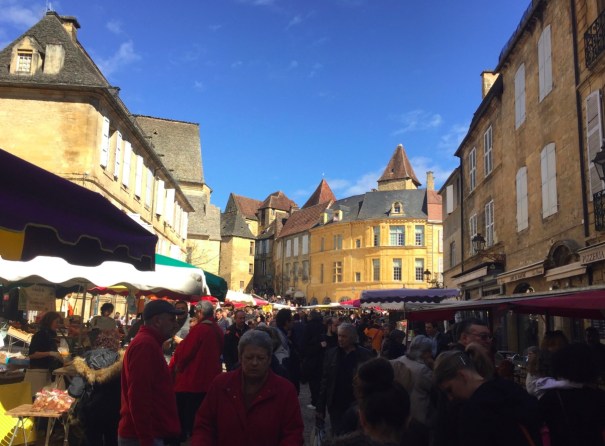 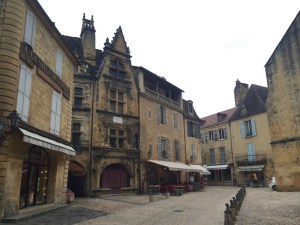 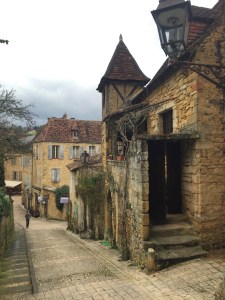 Additionally, tourists from both France and the rest of the world enjoy a variety of outings all around the Dordogne Valley. Three of the villages considered to be the most scenic in all of France are just a short distance from Sarlat. La Roque-Gageac, Domme, and Beynac are a must-see when visiting the region, and Sarlat is the perfect base from which to begin a tour.

Many other touristic sights and activities are to be found in the Dordogne Valley as well.

Château de Castelnaud – Built on a rocky outcrop in Castelnaud-La-Chapelle, the Château offers a magnificent view over the
Dordogne Valley. It was founded in the 12th century, and is an excellent example of a medieval fortress. The Château houses an important collection of weapons and armour. Daily tours.

Manoir de Gisson – The manor of Gisson, classified as a historic monument, is one of the most remarkable buildings of the medieval city of Sarlat. A two part tour lasts one hour, and is dedicated first to the architecture of the building, and then to the common life of the nobility of the people from Sarlat and particularly the family Gisson. 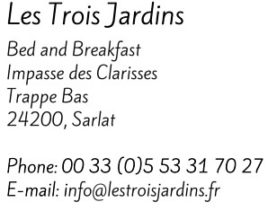 Call or Email for Reservations